This gem of a city with its stunning historical architecture is easily explored on foot and, what’s more, there are plenty of places to visit which won’t cost you a penny. We happened to be holidaying in Northumberland during Summer 2019 and fancied visiting the Scottish capital on a day trip. Well, it couldn’t have been easier, thanks to an efficient LNER train whizzing us up the coast to the city. We had a fab time and have listed a few of our favourite “free” things to do/see.

WHAT TO SEE AND DO 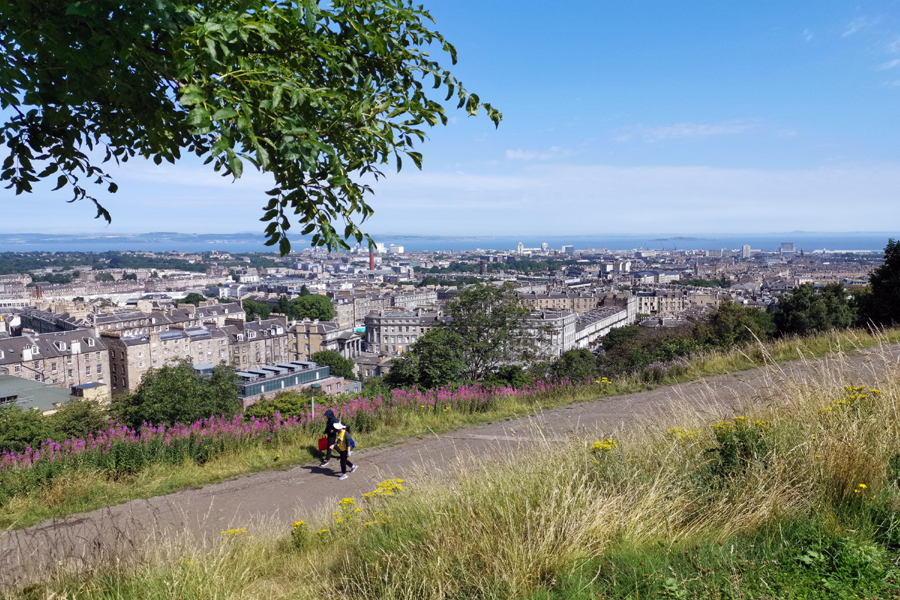 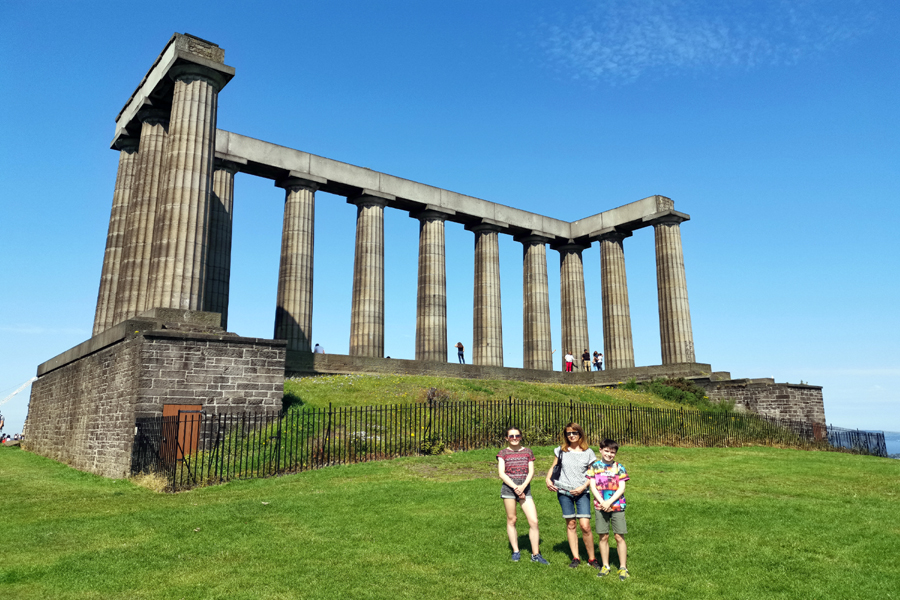 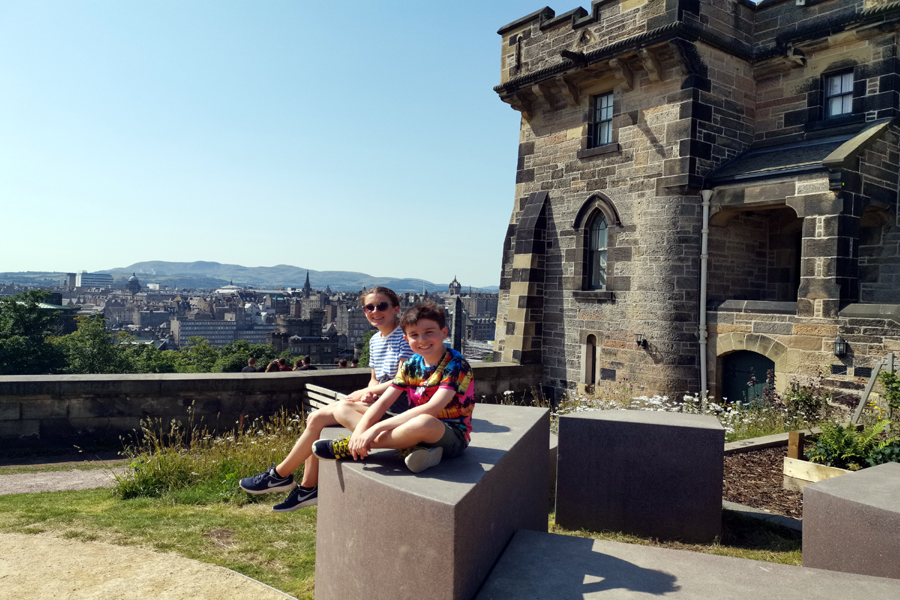 This is a good place to start your day’s adventure because not only is it close to the train station but will afford you a spectacular panoramic view of the city before you begin exploring.

There are various paths to the top. We chose the climb near the Playhouse Theatre which took about ten minutes and returned via the other side of the hill, closer to town.

As well as the fab views at the summit, you can also explore a number of monuments scattered across the hilltop, including the unfinished National Monument, Nelson’s Monument and City Observatory. 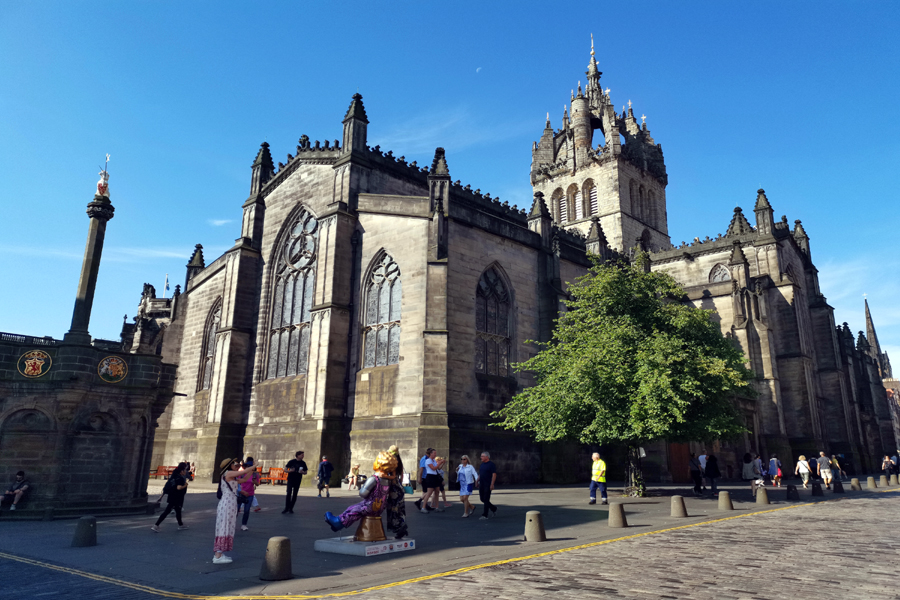 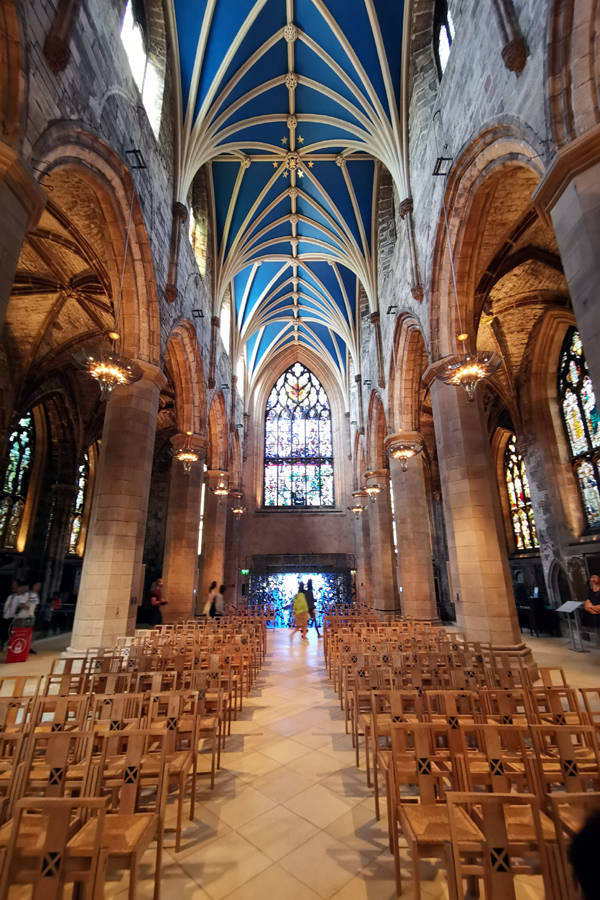 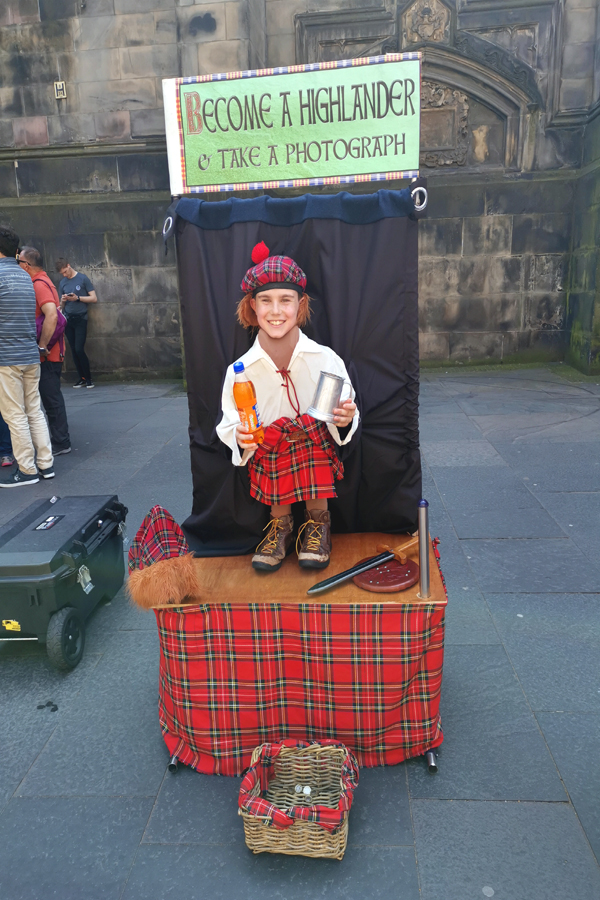 We wandered around in awe at the amazing architectural standards displayed in this building. Founded in 1124, it sits within the Royal Mile and is a must for your itinerary. Guided tours are available Tuesday and Thursday afternoons and for a fee you can join a roof-top tour during weekends. Oh, and outside your kids might enjoy becoming a highlander for a few moments – Peter certainly found it highly amusing! 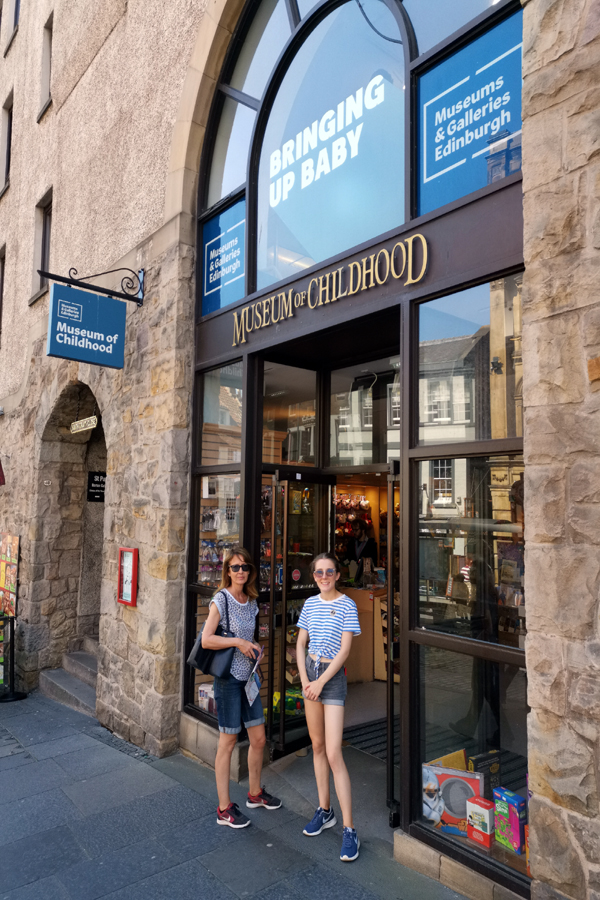 This was, allegedly, the first museum in the world dedicated to the history of childhood. It must be among the biggest too, because it holds over 60,000 objects, spanning from the 18th century to current day. Overall, it’s a fascinating peep into all aspects of childhood through the decades.

Whatever age, you’re sure to find something which rekindles those rich childhood memories, whether it’s the newest addition, Buzz Lightyear, or a Steiff Peter Rabbit toy dating back to the early 20th century.

This stretch of the Old Town runs downhill from Edinburgh Castle to Holyrood Palace. Perfectly positioned to explore many of the other museums of Edinburgh and several iconic buildings, it’s the busiest tourist street in the city. Basically, it’s a series of streets forming the primary thoroughfare within Edinburgh’s Old Town and is, as expected, around a mile long. Not to be missed.

Situated a short walk from Princes Street, this vegan/veggie pizza restaurant has a huge range of pizzas on offer topped with both vegetable and substitute meat toppings; there is also a large pasta menu.

We sampled pizzas and pasta; both were equally delicious and very filling. Mind you, we did manage to squeeze in a dessert and were all very jealous of Peter’s Nutella pizza! 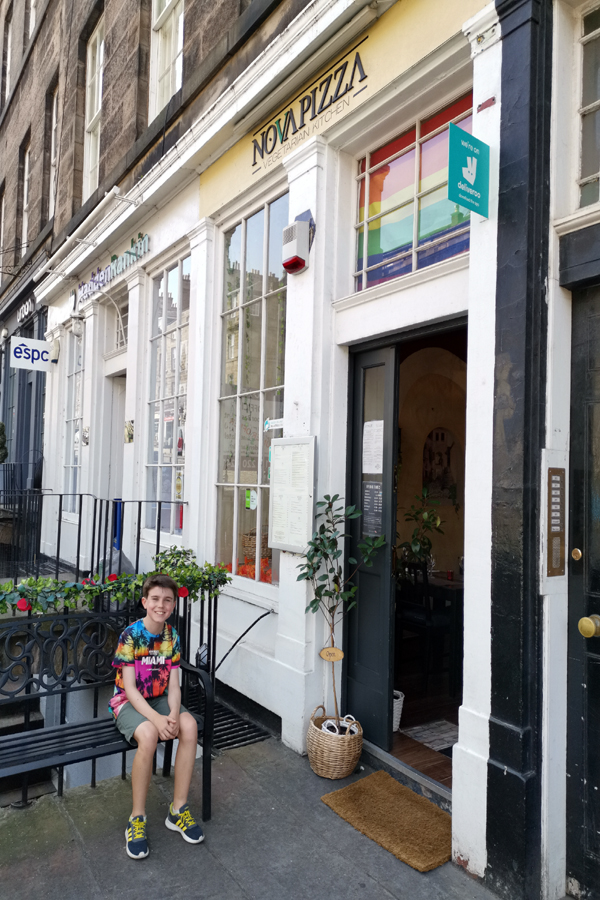 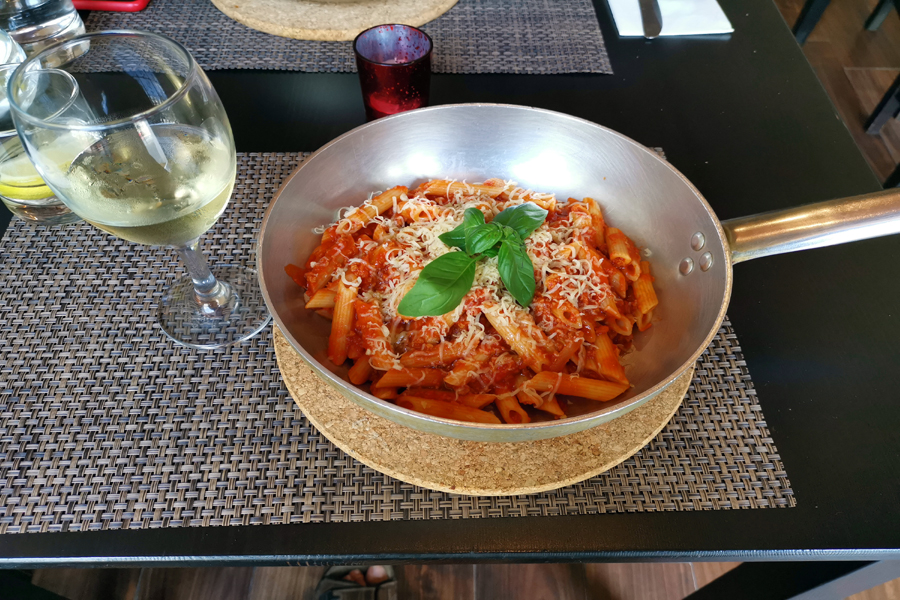 This 100% vegan café is located in a basement shop near the bus station. It exudes a relaxed, friendly atmosphere with menus using local, organic and seasonal ingredients. Choose from burgers, sandwiches and an array of cakes. 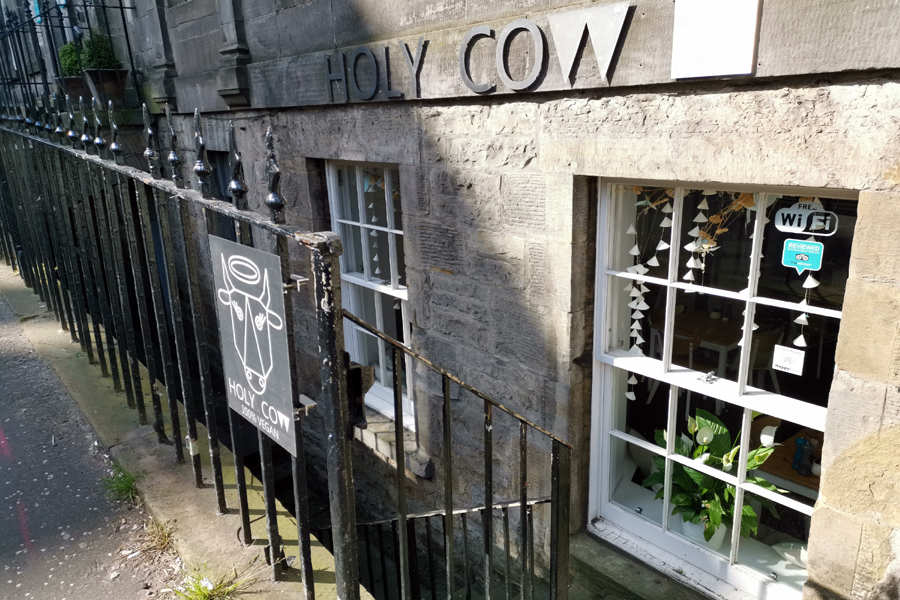 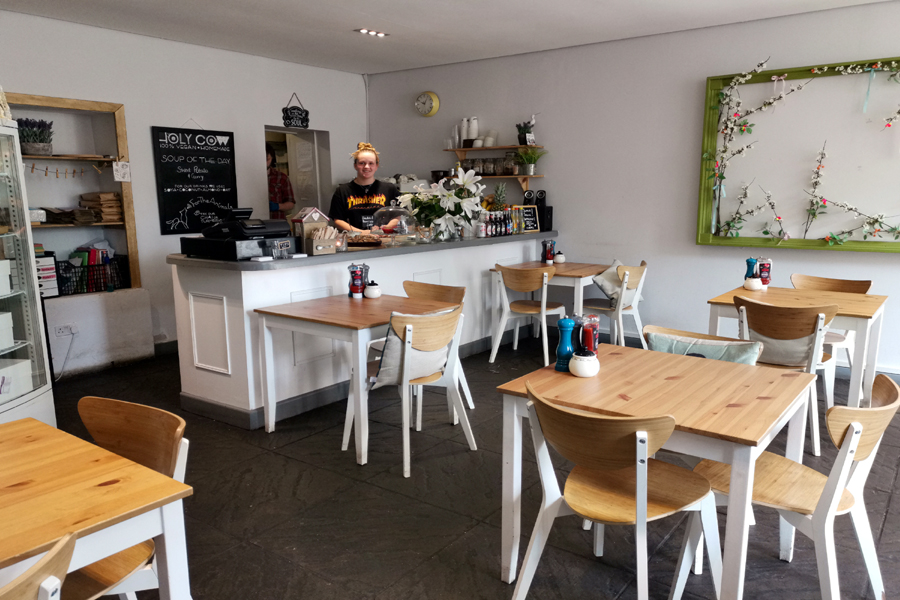 While visiting Northumberland, we extended our stay and enjoyed a day trip to Edinburgh, travelling by train with LNER from Morpeth.

The train was clean, on time and whizzed by some lovely coastal scenery during the 80-minute journey.

Arriving at Edinburgh Waverley Station promptly, we were pleasantly surprised to find the central location was ideal for exploring Princes Street and the rest of the city. 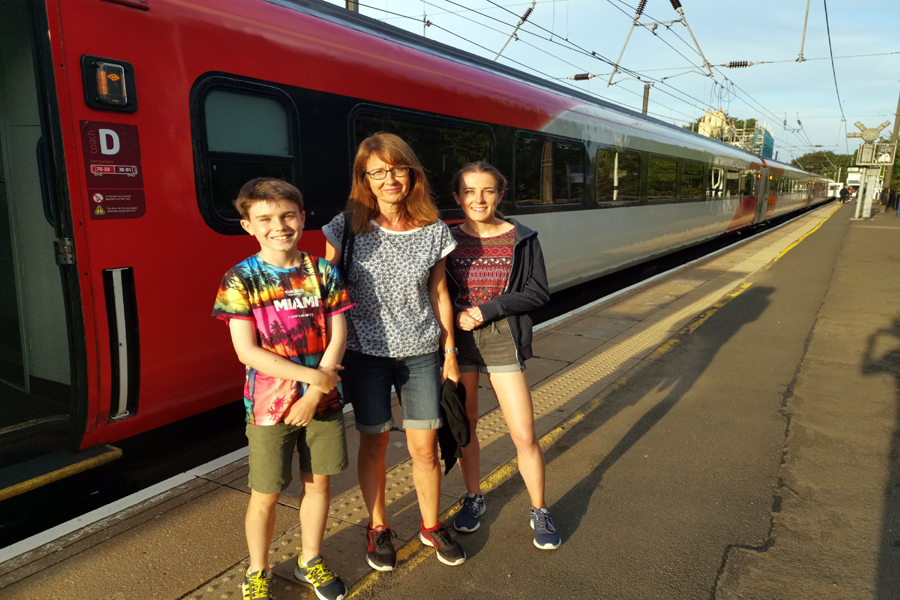