Hengar Manor is perfectly located for those wishing to sample a taste of Cornish life without travelling the full length of the peninsula; and what’s more, it’s an ideal base for families who adore a tranquil break amid verdant countryside. 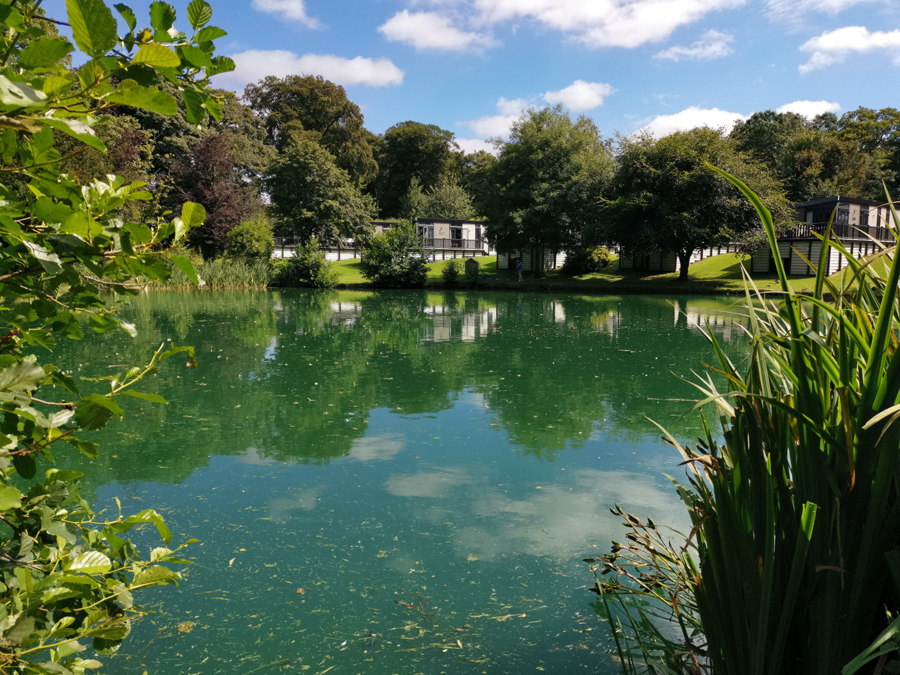 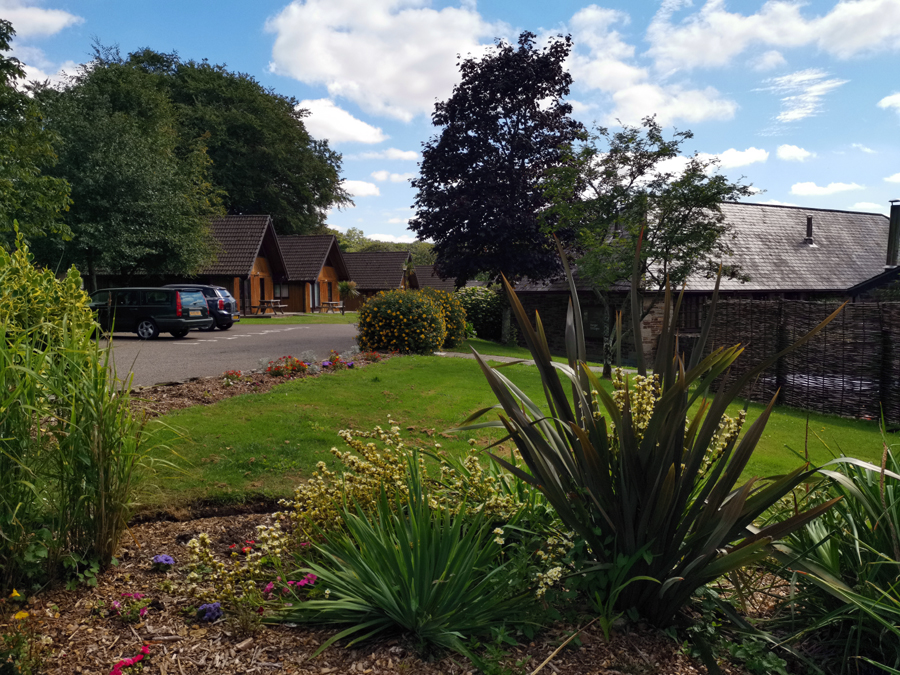 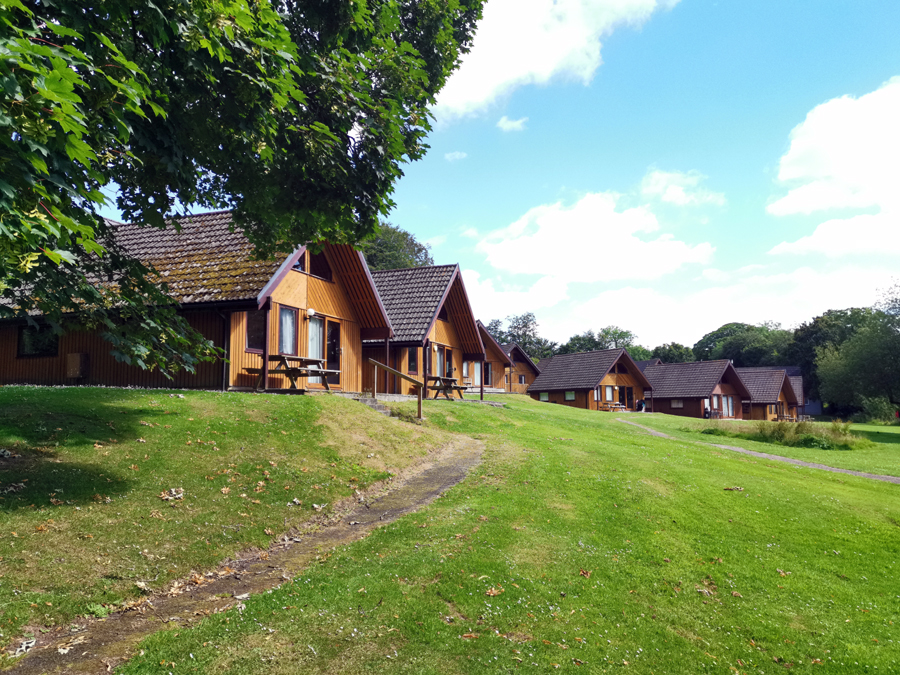 The range of accommodation available is another strong selling point. Choose from lodges, villas, cabins and bungalows – there’s something to suit every budget. All units have allocated parking nearby and most offer a pleasant outlook across green spaces or the lakes. It was only the bungalows, in our view, which lacked a bit of character.

We were lucky enough to sample a waterside cabin with hot tub, just a stone’s throw from one of the fishing lakes. The cabin was modern, bright with huge bi-fold doors opening on to the patio. Inside were two bedrooms (one with w/c and dressing table area), separate bathroom and well-equipped kitchen; you’ll need to bring washing-up items, though. We were warned that wi-fi could be unreliable in the cabin and that proved to be the case. Head to Reception and the entertainment block for the best signal. 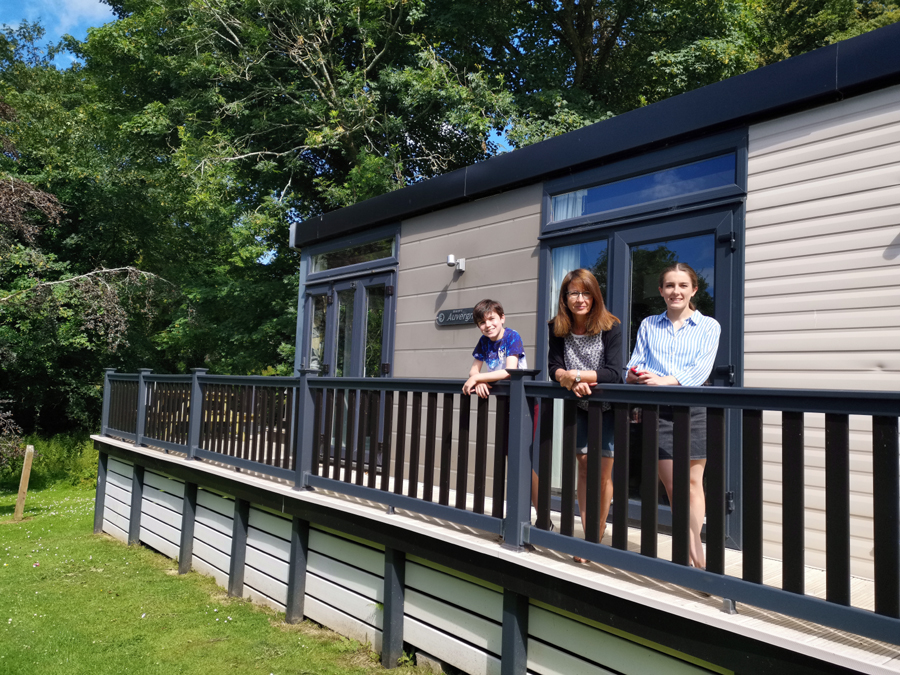 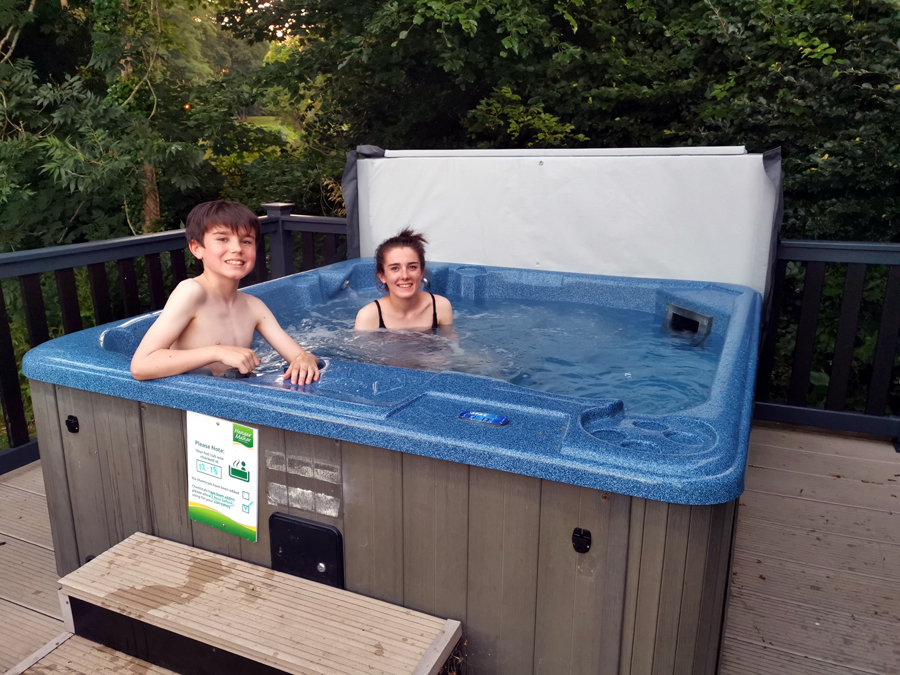 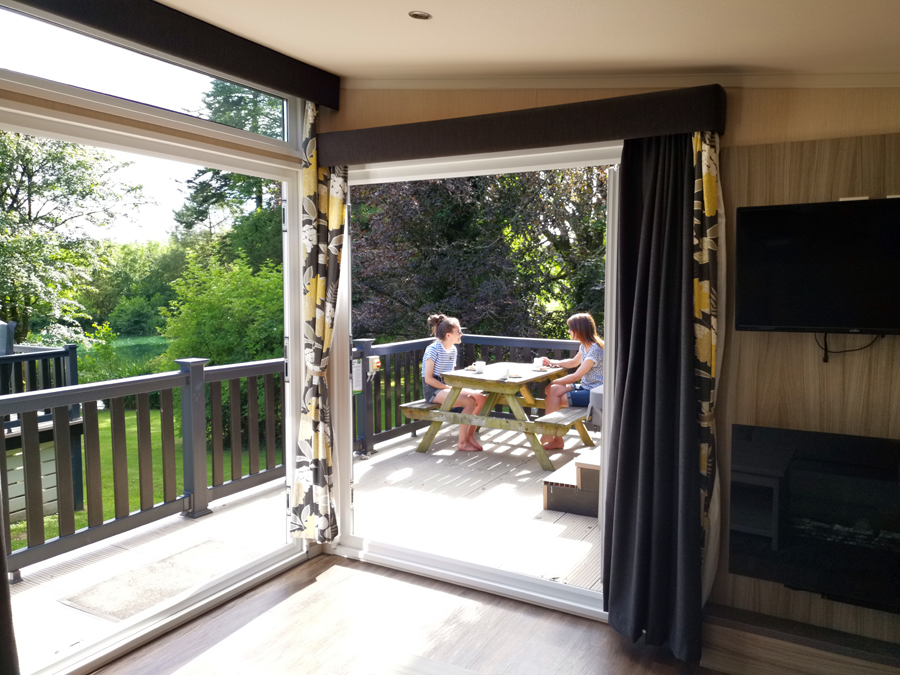 Our only grumble related to the hot tub’s temperature gauge and control which were behind a locked panel. So, if the water was too hot or cold, you had to contact Reception, which closed at 7pm, to ask for it to be altered. When the hot tub disclaimer guests are asked to sign mentions that children shouldn’t be allowed in when the water temperature is above 32 degrees, it’s difficult when you’re unaware of the actual temperature at any given time!

Other than that, we thoroughly enjoyed our time at Hengar. There’s plenty to keep you and your family amused on-site with a daily timetable of activities covering everything from sand art and den building to body zorbs and snorkelling. You can also grab a game of tennis or swim in the indoor pool which features a fun slide, is pleasantly warm and has a child-friendly maximum depth of 1.4 metres. 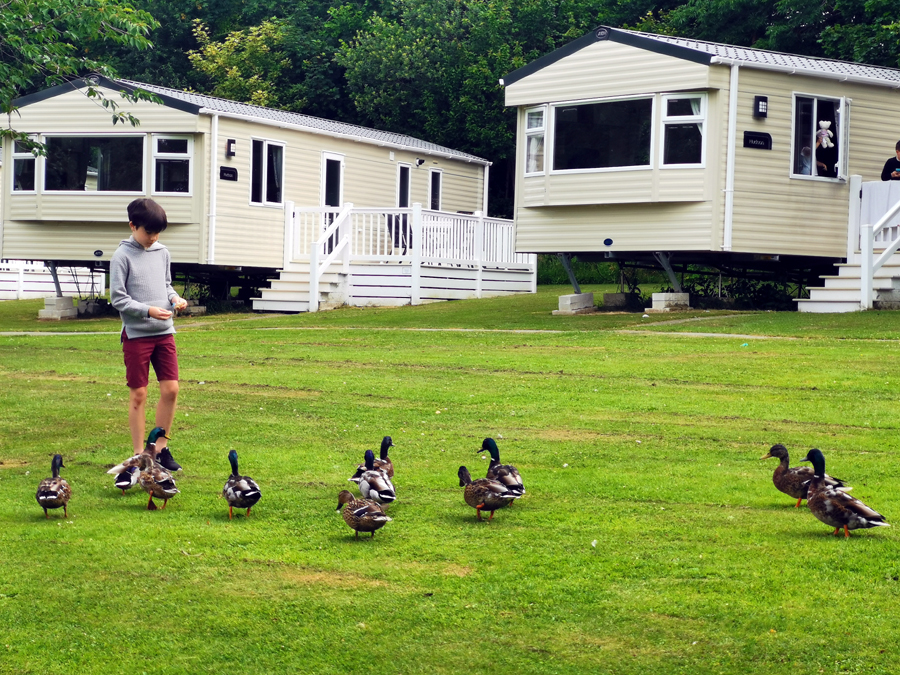 For older kids, there’s a good adventure playground set amongst the woods with a separate area for the smaller ones. And if you’re keen on creepy crawlies, check out the interesting Bug Hotel – the Ritz of the insect world! 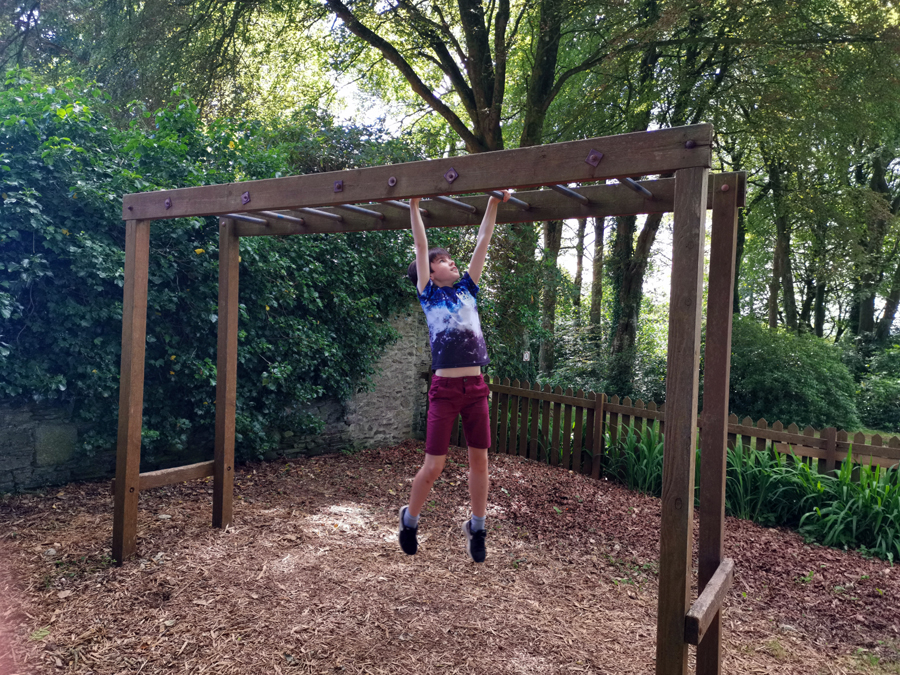 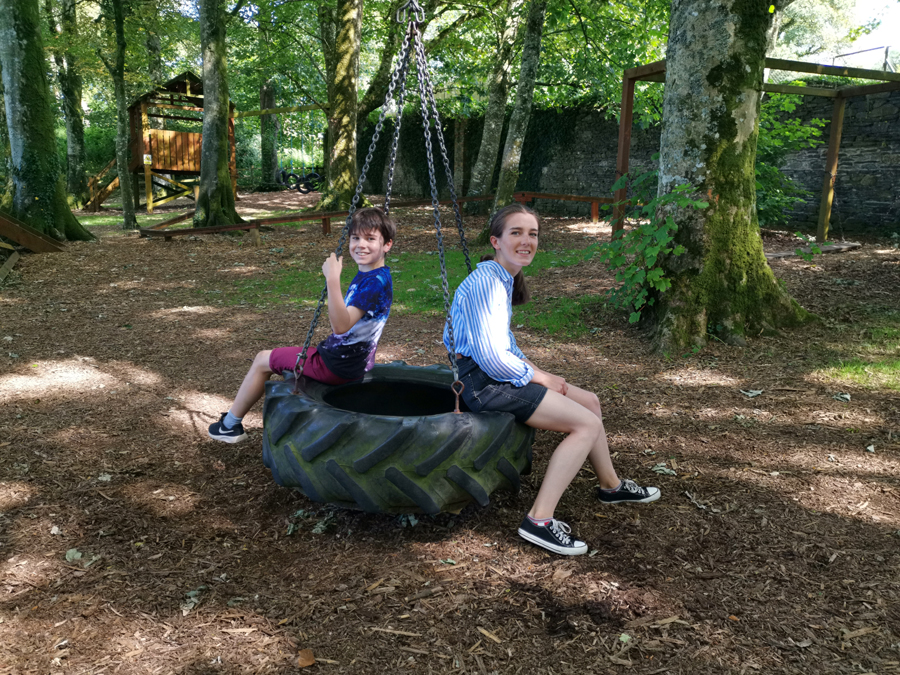 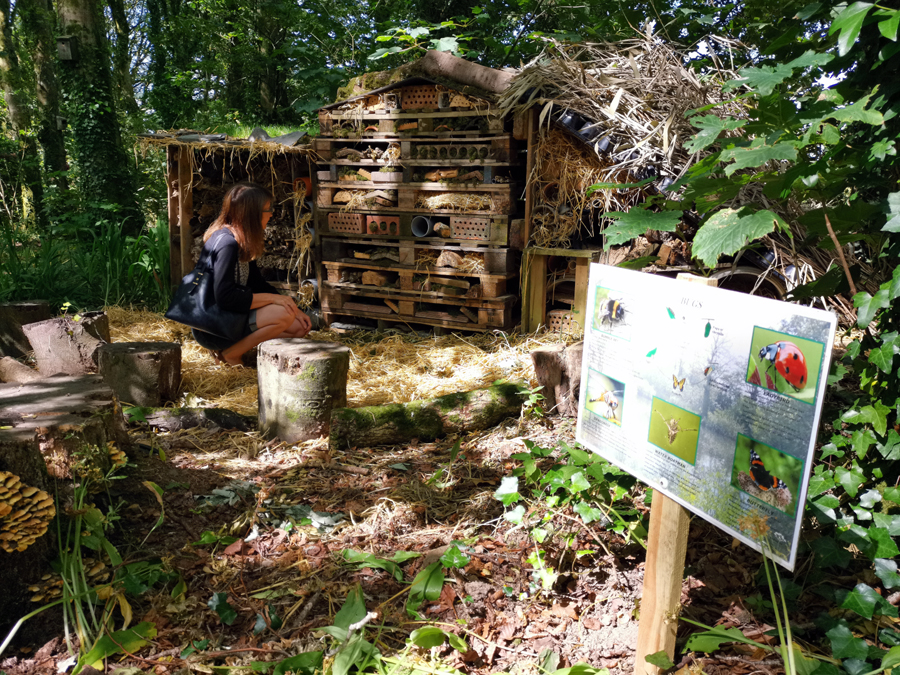 If golf is your family’s thing, there are two courses. Crazy golf is a small affair better suited to the youngest of guests. The attractively located nine-hole pitch-and-putt, however, is much more challenging for novice golfers but certainly worth a try. 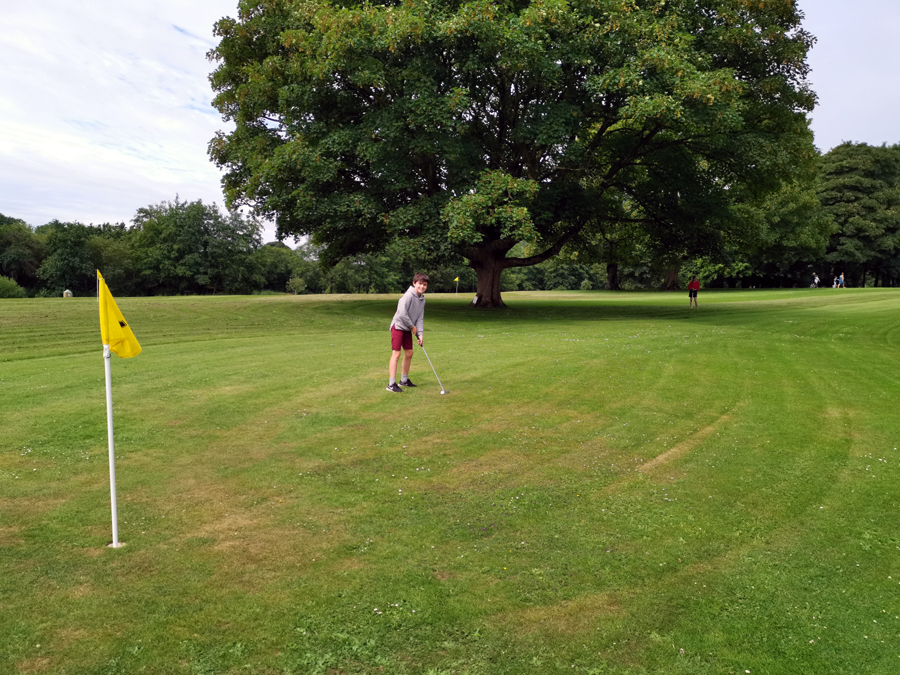 The site provides everything needed for an enjoyable break, including a small convenience shop, café, bar, laundrette, evening entertainment and, of course, a reception manned by pleasant, helpful staff who were never short of a smile.

Hengar Manor offers both short and long stays throughout the year as well as organising special toddler breaks, with entertainment aimed at pre-school kids. To help families travelling with small children, you can hire all the essentials you’ll need, such as high-chairs, cots, stair gates and bed guards.

This certainly is a park for all ages.

Although, as previously mentioned, there’s plenty to keep you on-site, make sure you allow time to explore the beautiful Cornish coastline.

A 20-minute drive north of Hengar Manor, this coastal village is a must for anyone who loves wonderful walks, dramatic views, castles and super-sized pasties! 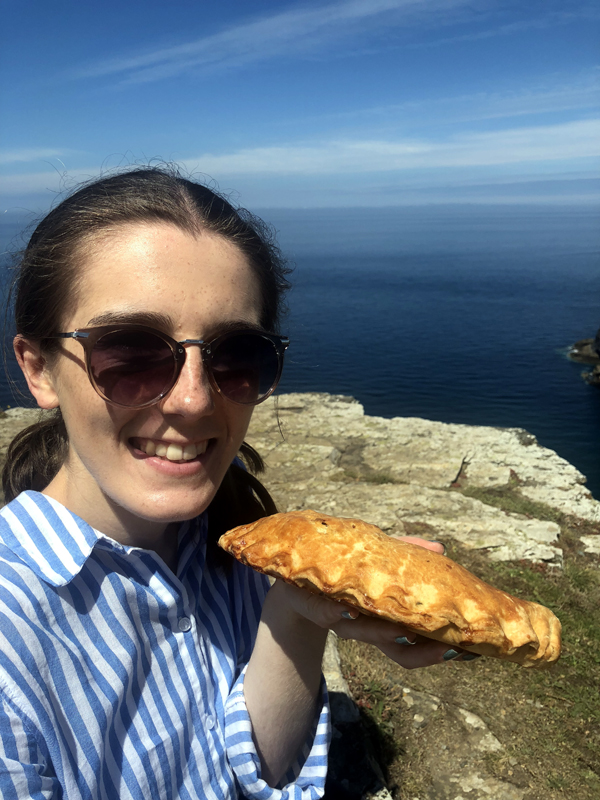 Although, due to the construction of a new footbridge, the castle was closed when we visited, it’s still possible to enjoy views of it while walking along the coast path in either direction. We walked a short loop in a southerly direction which afforded us stunning coastal views before walking back to the village.

Later, we walked in the other direction, heading up to Barras Head. Take time to sit a while and enjoy a giant Pengenna pasty (available in the village). To make this a circular stroll, aim for Camelot Castle (a hotel) on the hill before rejoining the high street beyond. 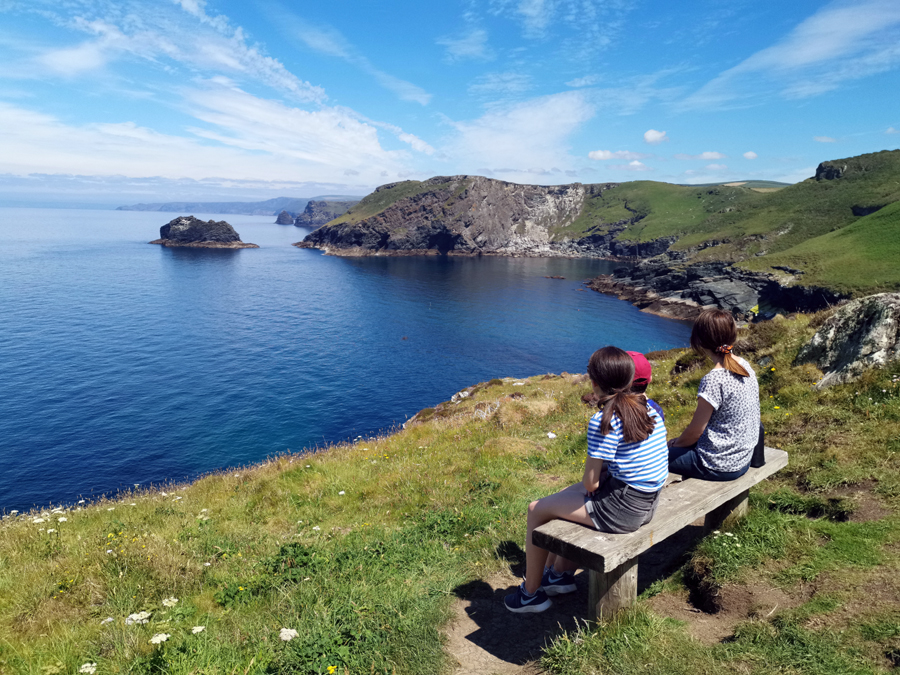 On a sunny day, it’s difficult to match the views from this part of the country.

If you’re looking for a typical Cornish fishing village, then check out Port Isaac.

There are two large car parks but both involve a steep walk down to the harbour. It’s definitely worth the effort, though, to see the quaint houses and shops lining the narrow streets. The draw for many visitors in recent times has been Port Isaac’s connection with the ITV series Doc Martin, staring Martin Clunes, in which it acts as the fictional village of Portwenn. 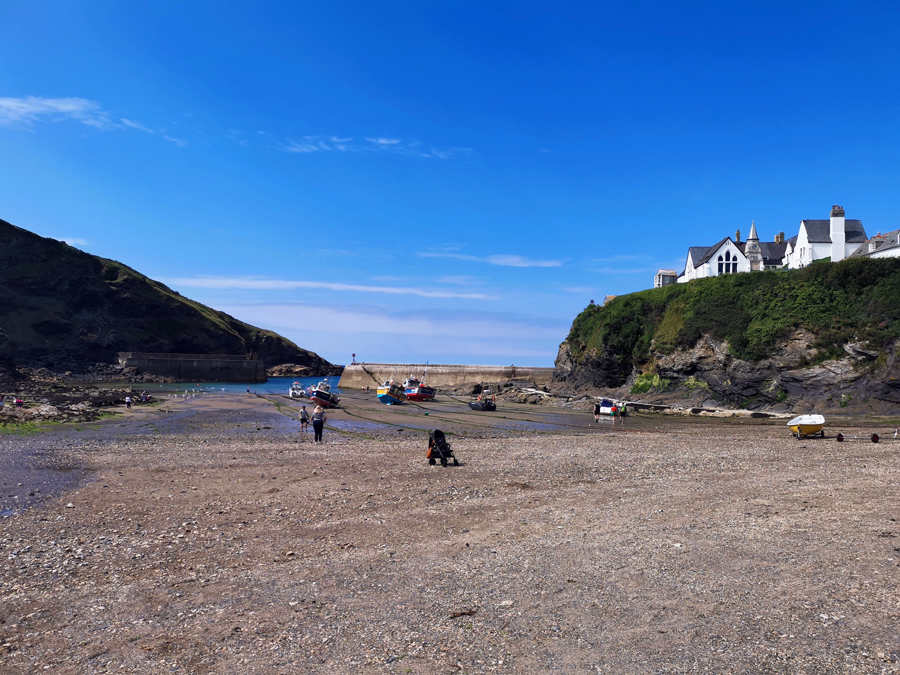 Among the slightly bigger towns along this part of the coast, Bude provides a good mix of shops and scenery. The main shops are found on a steep hill, where there is also a decent selection of eateries and independent stores.

From the top of the town, you can join the coast path which passes Bude’s Sea Pool. In clement weather, the pool still attracts many swimmers. The beach itself is huge and popular with surfers.

From the sea pool, if you drop down to the beach you can circle back to the town via Castle Bude, which boasts a heritage centre, gallery, café and grounds – all free to enter.

We stayed at Hengar Manor in Bodmin, Cornwall, where a seven-night holiday starting on 19th August 2019 costs from £1,349, based on up to six people sharing a two-bedroom Waterside Cabin with hot tub. The same break off-peak, starting on 16th September costs from £574. For prices and full information, visit www.hengarmanor.co.uk or call 01208 850382. For further information about Cornwall, go to www.visitcornwall.com