Last year, our daughter, Hollie, enjoyed jumping behind the wheel of a real car for her first driving lesson – even though she wasn’t 17. It was thanks to the Admiral Young Driver programme, which enables anyone from the age of ten to learn how to drive a proper vehicle at one of 43 specialist centres dotted around the UK. With government-approved instructors sitting alongside, it’s the perfect way of introducing youngsters to the concept of driving.

Back then, Peter couldn’t join in due to age and height restrictions and was, understandably, a little disappointed. But this year, he was jumping up and down with excitement when I told him we’d been invited to review the Firefly, a specially designed car for five-ten year olds. Apparently, the first of its kind in the world, it’s electric and the brainchild of Young Driver Motor Cars Ltd., a division of Young Driver, the UK’s largest provider of pre-17 driving lessons. 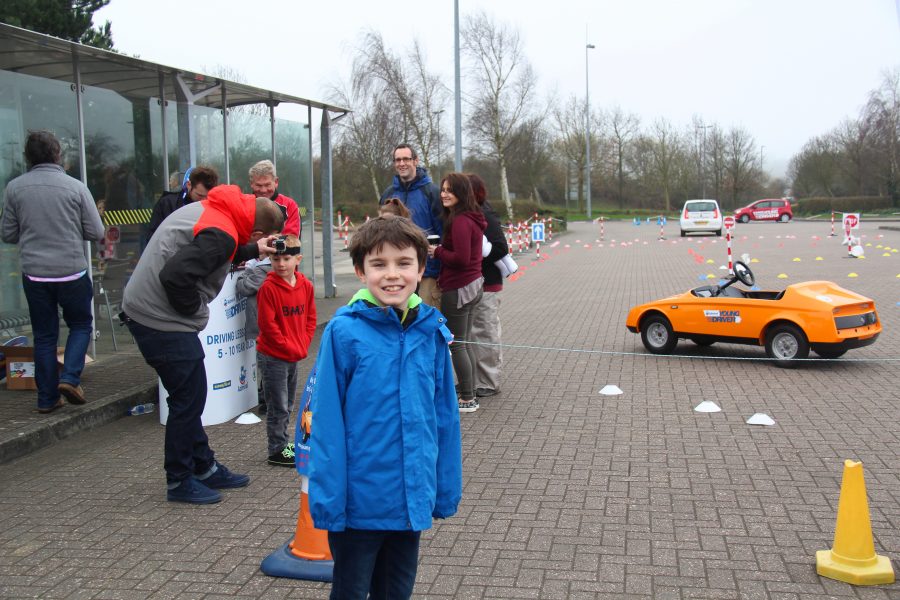 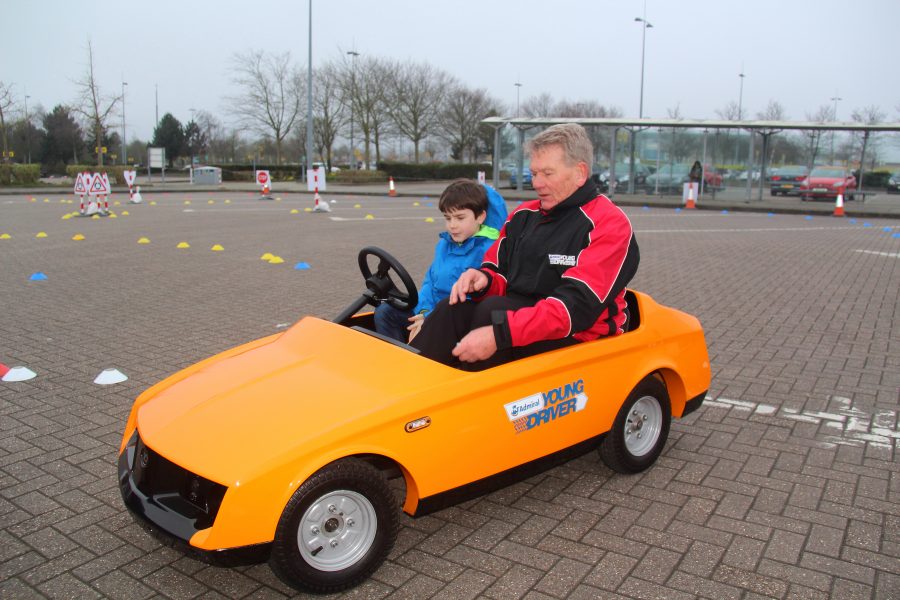 Peter was even more excited when I told him that it’s a properly engineered car: in this case, it has, among other features, hydraulic disc brakes, rack and pinion steering, independent suspension and an electronic tablet-based dashboard. The Firefly is stylish with engines enabling a top speed restricted to 10mph, although this is reduced to 5mph when operating in Junior mode (the higher speed is used for more experienced users). 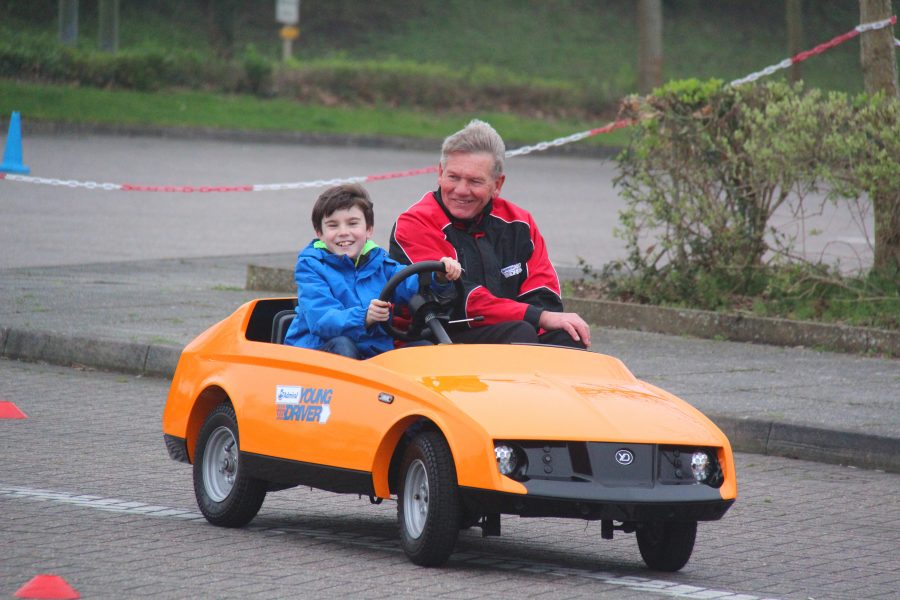 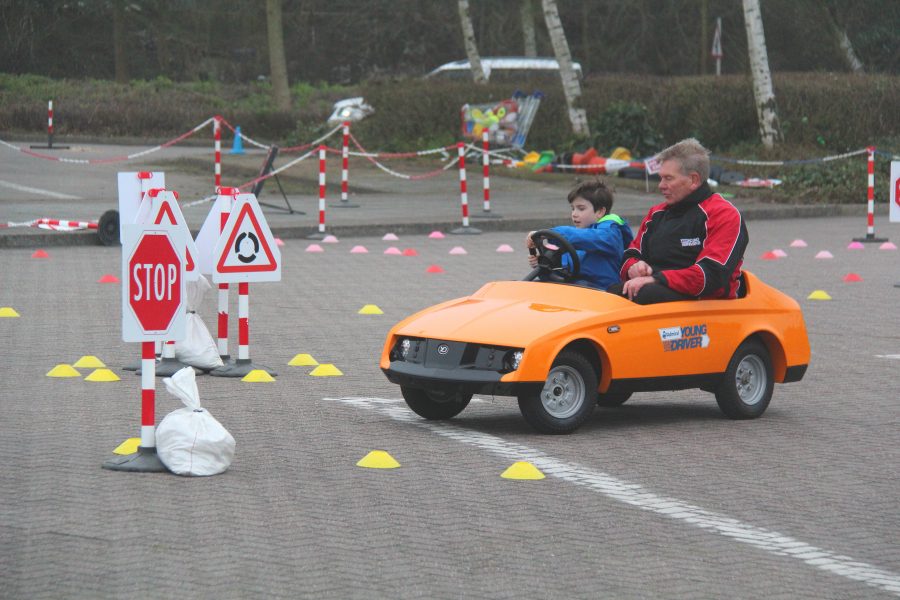 We attended the Bristol venue and were greeted by an affable instructor who immediately made Peter feel at ease. Initially, he demonstrated the various controls and explained how the car worked before they headed off, tentatively at first, around the course which was designed to represent real roads, with signs, junctions and even a roundabout. After a few laps with the instructor alongside, Peter was able to drive Hollie around the course.

An innovative safety system utilised whilst operating in Junior mode means the Firefly employs sensors to detect obstacles. This results in the car coming to a standstill before a collision occurs; thankfully, we didn’t have to see this in operation because under the watchful eye of the instructor, Peter navigated the course admirably – and loved every minute. 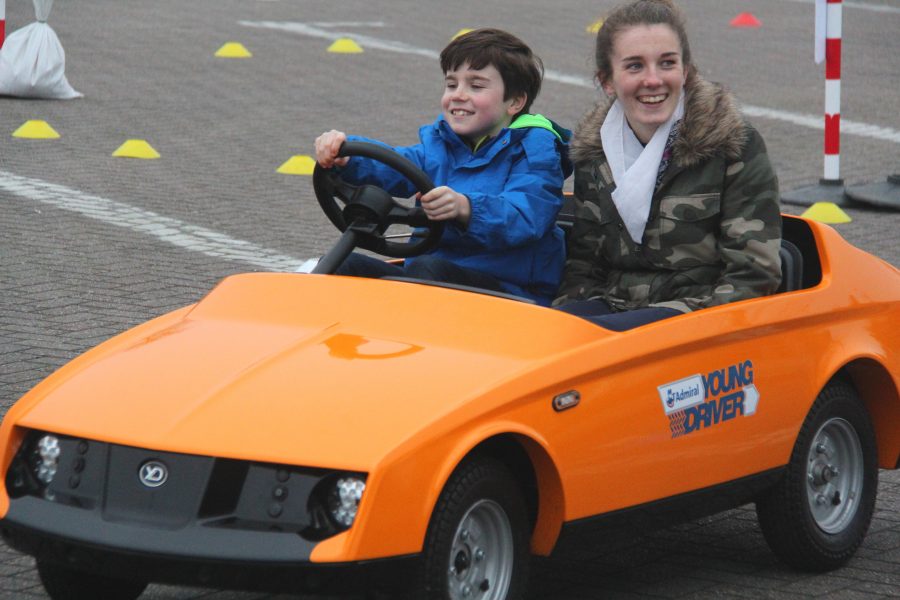 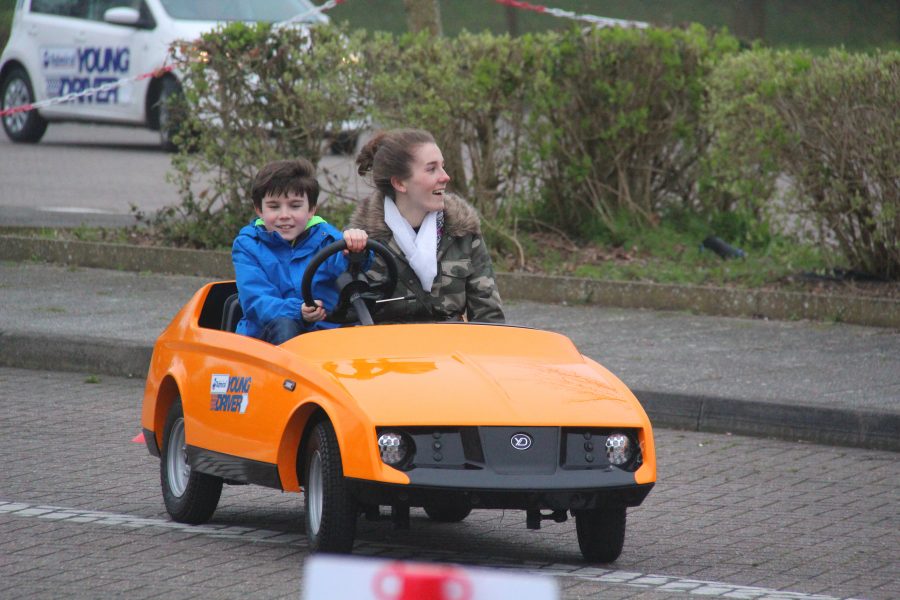 In promotional material sent beforehand, Kim Stanton, who heads up Young Driver, was quoted as saying: “We know that youngsters will enjoy driving it and that through this they will learn about road safety, finding out about the basics of driving and gaining a better understanding of how it feels to be behind the wheel. That can only be of benefit when it comes to them being pedestrians, cyclists and future motorists out there on the roads.” And that’s very true: it’s not just about having fun in a sleek, little car, it’s about educating young people in all aspects of road safety from the viewpoint of everyone from pedestrian to driver.

Peter thoroughly enjoyed his driving experience and I’d highly recommend it. The tuition was excellent and the certificate issued after the session made our son’s day. Admiral Young Driver is a valuable scheme and will benefit any youngster; after all, the statistics prove it.