We had the pleasure of eating at a Franco Manca pizzeria for the first time at the weekend – and it certainly won’t be the last occasion, either. In fact, we’re already thinking about where to visit next, so good was the overall experience. 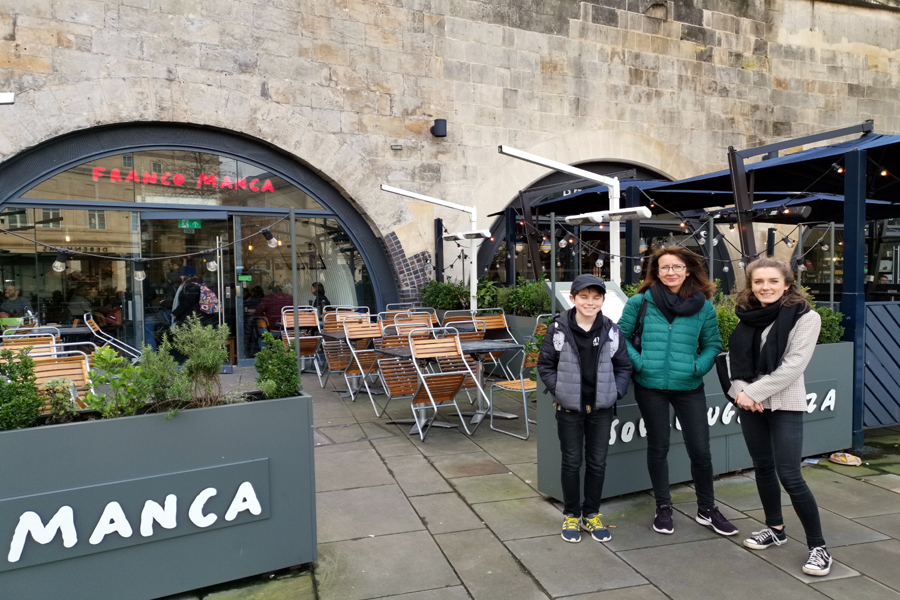 The first thing which amazed us upon browsing the menu at the Bath restaurant was the list of prices. With large pizzas (ours must have been 12-inch bases) starting from just a fiver, it has to be, arguably, the best-priced pizza chain around.

Was the taste and overall quality equally good, we wondered. Well, the answer to that is a resounding “yes”!

Franco Manca (Bath) is attractively situated within the railway arches of Bath Spa train station. This cosy restaurant has bunker-like corrugated iron wall panelling and industrial style furniture/lighting; outside, meanwhile, there is a seating area for alfresco dining when the weather is clement. One feature my son, Peter, liked was the large authentic pizza oven which can be viewed from the dining area and means you can watch your pizzas being created.

We dined on a Saturday lunchtime and within minutes of opening the place was packed. The customers ranged from couples to families with very young kids – everyone was made welcome. 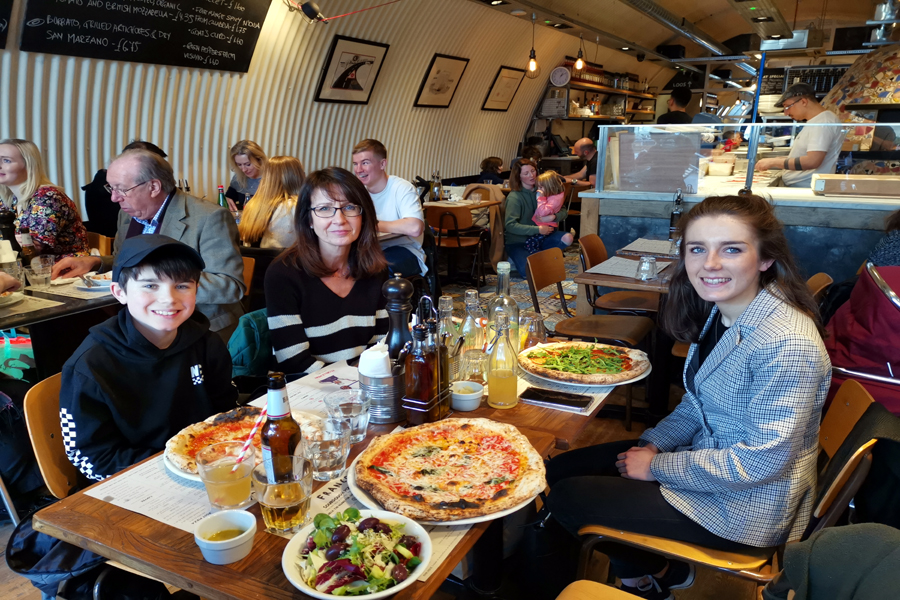 For anyone who likes to know a little bit about the company rather than just enjoying a delicious meal, I can tell you that everything started in 1986. Back then, it was called Francos and was simply a stand-alone pizzeria in Brixton Market. It was taken over in 2008 and renamed Franco Manca. The owners reshaped the pizzeria by building a special oven and introducing slow-rising sourdough for the pizzas themselves. Although neither of the owners had run a restaurant before, it became a hit and other branches soon opened.

Back to our experience at Bath. Well, the menu itself is limited to pizzas and salads, featuring seven set pizzas, along with a specials’ board and additional toppings to create your own style. All ingredients are fresh.

Between us, we sampled a no-cheese pizza, two vegetarian cheese pizzas and the company’s vegan pizza – all were equally tasty. Our only comment is that we wish there had been a wider choice of toppings. Two of my favourites, for example, are sweetcorn and pineapple and these weren’t available. However, this didn’t detract from our enjoyment.

Portions were certainly generous with kids’ pizzas closely resembling the adult versions in size. However, despite such gigantic pizzas, we didn’t feel over-full and there is a reason for that.

The manager at the Bath branch explained the concept behind their unique sourdough bases. All are 100% gluten free and made from a slow-rising sourdough which is baked at 450 degrees centigrade. Apparently, this produces a pizza base which is not only soft but easier for your body to digest. We can certainly vouch for this.

Not that we needed an excuse to sample the desserts, but as we didn’t feel over-full we felt able to indulge a little further.  We were pleasantly surprised by the range available because pizza restaurants generally, in our experience, don’t focus too much on desserts. That’s not the case at Franco Manca. While the kids opted for ice cream, my wife enjoyed chocolate & hazelnut cake served with vanilla ice cream while I went for the same cake but a scoop of vegan sorbet. It was the perfect way to end our meal. 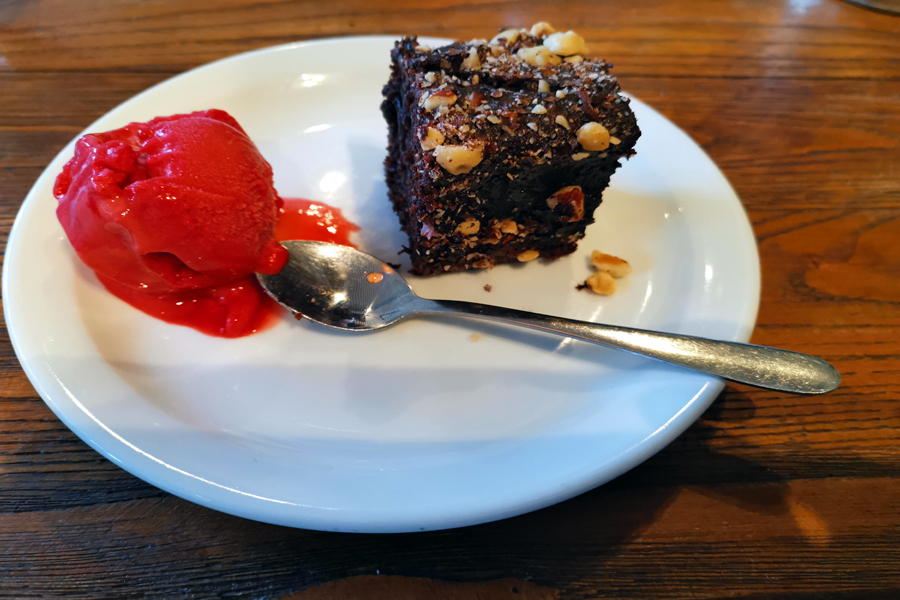 With new restaurants opening around the country each year, I’m sure Franco Manca will soon be the name on everyone’s lips.